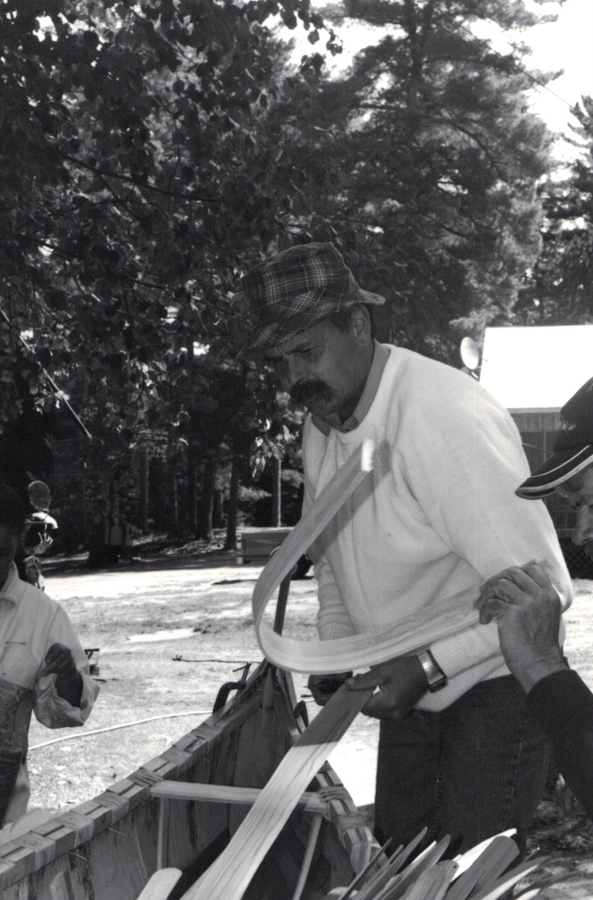 Pinock is an Algonquin from the Kitigan Zibi Anishinabeg Nation near Maniwaki, Quebec. He builds canoes with a particular interest in Algonquin birchbark canoes.  He is also a gifted craftsmen of toboggans, cradleboards, paddles, drums and other traditional crafts.  Pinock has participated in many demonstrations and workshops that allow him to pass on the traditional knowledge handed down to him.  He has appeared on the television series Bushcraft Survival, offering a special course in birch bark canoe making and Northern Wilderness making traditional snowshoes.  He is in awe of the intelligent way his ancestors crafted traditional tools using only raw materials.  Pinock's passion comes from his desire to preserve and teach the traditional skills and canoe building.  Pinock is part of a group of people for which his paddle will be on display. Read more about the Pimisi Station Project here.